Today was a rest day, although there was a suggested drive to Prince Albert fro lunch followed by a climb over the Swartberg Pass.

As I had a lot of car work to do - relap some valves - I started early but pretty soon it became obvious to me that I would miss the drive, I chose to do the car work as it is more important to get it right now rather than risk a problem later.

So, Bill and I spent most of the day doing valve work in the hot sun. But, when we were finished, we did takr a drive up the Swartberg Pass to see the magnificent scenery - husge vistas of farmland abbutting the concoluted cliff faces of the Outeniqwa mountains. Quite magnificent. 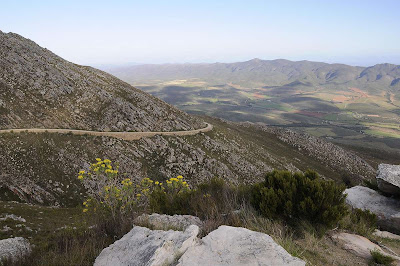 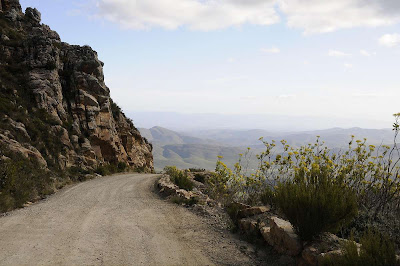 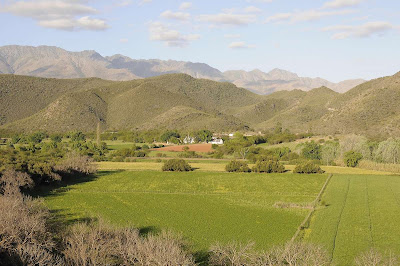 Dinner was at the hotel - not bad - with a birthday song for Joan.

Short day - back on the road tomorrow.
Posted by Danni Suskin at 10:00 PM